Sounds good doesn’t it? He should be a foreign correspondent for the BBC. ‘Jonno Lock reporting from Afghanistan’

Jonno’s the new boy that doesn’t seem new at all, except when he asks questions like: Where’s Lost Property? or What happens at the summer fair?
The Tribers can hardly remember what it was like before he came, except that it was not as good. Because ‘before Jonno’, was also ‘before Tribe’. And not being a Triber seems an impossible idea. They feel like they’ve always been Tribers.

Jonno can’t believe his luck. He was dreading starting at another school but thanks to the Tribers it wasn’t that bad. A few close shaves at the beginning when Copper Pie nearly killed him and Bee and Fifty tried to stitch him up, but now everything’s hunkydory. In fact, apart from Ravi – his mate from Glasgow – he’s never had such good friends. 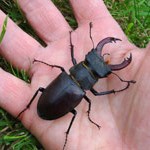 He likes wildlife – small and big.

Jonno’s way of looking at things

Relax – it can’t be as bad as you think it might be.
It works for most situations: moving school, going to the dentist, injections and being put on a table at a wedding with five girl cousins (all giggly and wearing ribbons) for five hours – that was actually quite bad.

Jonno’s mum, Frances, is studying something at the Open University and she watches lots of documentaries and reads piles of books. His dad, Adrian, is a consultant. He works for himself and must be very clever because people pay him loads of dosh and he doesn’t even have to go to the office every day, or wear suits or anything. Jonno hasn’t got any brothers or sisters. He doesn’t know why. Maybe his parents were so horrified by what he was like they decided not to risk having another. Jonno’s house isn’t exactly child-friendly, it’s more like a museum where you have to be careful what you touch. 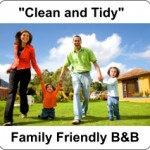 He’s not moving again. He’s decided. If his mum and dad want to up sticks then good luck to them. Jonno’s not going anywhere. Not until he’s left school and doesn’t need any parents to live with anymore. He’ll go to a Bed and Breakfast if necessary, or maybe he could lodge with Fifty or Keener.